Addiction to Prescription Drugs: Why it is Dangerous 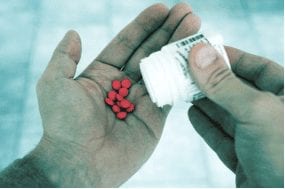 Perhaps the most dangerous misconception that people hold today about prescription drugs is that, comparatively speaking, they are safer to use than other abusive substances.

But just because painkillers do not have the dramatic side effects of heroin does not mean that they are safe to use.

Prescription drugs are dangerous in many ways and their abuse leads to essentially the same results as that of any other kind of drug.

Here are some reasons why prescription drug addiction should not be treated lightly.

It is vital that we clear up the idea about prescription drugs being safer in our society.

After marijuana and alcohol, prescription drugs are the most abused among teenagers, 14 years and older. While those other drugs are detrimental, they come nowhere close to what prescription drugs—on a long term basis—have the potential to do. Parents should ensure that their children are acutely aware of this reality.

Many people start using prescription drugs with good intentions. They want to improve their alertness or want to alleviate fatigue. In fact, many addicts were initially prescribed to use these drugs for legitimate medical purposes by doctors. However, this often descends into addiction as people become dependent on these substances. Symptoms of prescription drugs addiction vary from drug to drug, but commonly include:

As one would be able tell, these are characteristic of the symptoms we generally associate with typical street drugs; thus demonstrating that there are little to no differences between being addicted to the two.

One might falsely assume that if nothing else, prescription drugs cannot possibly be deadly.

While this is indeed the case for some of them, many prescription drugs are indeed dangerous—an overdose can be lethal.

In fact, prescription drugs account for 45% of drug related deaths in the United States, more so than the 39% accredited to street drugs.  Recent developments, like the highly potent opioid drug fentanyl make the risk of addiction much higher and the potential for addiction severe.

It is entirely possible that a prescription drug addict overdoses on an abusive substance.

Make no mistake; prescription drugs are dangerous and lethal when abused. It is critical that people become more informed about this reality and steer clear of this path.

We offer drug rehab programs in Orange County, California and are one of the best drug addiction treatment centers in the West Coast.

If you live in the region, understand our admission process and enroll yourself as soon as possible.