From Experimentation To Addiction: The Curse Of Substance Abuse 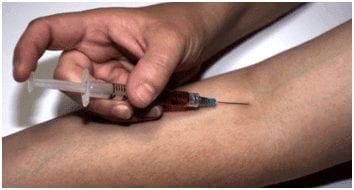 Many people are led to believe that small and controlled dosages of drugs are manageable and will not lead to addiction. However, this is absolutely untrue; any amount of drug use can easily lead to one abusing it. Understanding how this happens is important so that one can avert peer pressure by being better informed. Addiction is not instant and drug abuse only gets worse over time.

Most people’s first contact with drugs happens during a period of extreme stress and loneliness. People turn towards alcohol and drugs to help de-stress themselves and ease the pain. This is an extremely misguided solution to a problem with alternative solutions.

Drug use can be a damaging and expensive affair and no amount is worth risking your entire life for. Try alternative methods such as yoga, painting and jogging to de-stress yourself, instead of turning to risky narcotics.

Other people simply try the drug out of curiosity at parties and clubs where they are easily accessible.

What may start out as simple curiosity and relief seeking can quickly get out of hand. Some of the worst drug abusers started as recreational users. While it is entirely possible to be in control of one’s temptations in the early days of drug use, over time, the human body becomes increasingly dependent on the drug to function. This is despite attempts to curtail high intake of the substance because…

Drugs Depend on Dopamine

Dopamine is chemical found in your brain that is responsible for evoking positive feelings within you. Every time something good happens that causes you to feel happy, your brain releases the chemical to evoke a positive response.

Drugs are responsible for causing your brain to flood itself with this hormone, which makes the users feel elated. It is this function that makes drugs so delightful to so many people looking for an escape.

However, over extended durations of drug use, the amount of dopamine released decreases. This leads to a person using more drugs to achieve the same level of bliss as before. 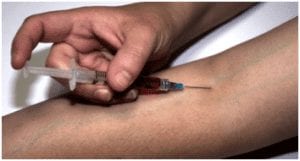 After gradually using larger doses of the substance, over time dopamine production can fall to dangerously low levels; the human body depends on this chemical to perform other critical functions as well and its shortfall leads to the body craving drugs in order to have access to dopamine again.

At that point, the body has become so reliant on drugs that one cannot even undergo rehabilitation without taking a lighter, less addictive drug to help with dopamine production.

It is important that you or your loved one stop this train before it runs off the track. Seek drug and alcohol addiction treatment. Visit us to avail the finest drug rehab facilities in Orange County, CA.