How Marijuana Affects Your Brain 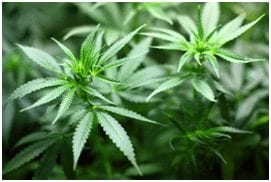 The health effects of marijuana have become a sensitive subject over recent years. Advocates for the drug cry ‘fascists’ while those against it scream ‘deviant’ at people who do not wholeheartedly agree with them. Taking a neutral position and not getting derided is a challenging task.

The drug is increasingly being advocated for legalization by rights groups who claim that the drug is not as adverse for health as previously thought.

While it is true that marijuana use is significantly safer than alcohol and tobacco use, it is nevertheless a substance that can harm one’s body.

Marijuana, like all drugs, affects the brain and can leave a lasting footprint on the mental capabilities of people who use the substance; and even if the brain is the only organ it impacts, one still needs to weigh the drugs negative effects.

Marijuana use’s relation to human intelligence has been the subject of a contested debate for a long time. But more and more studies on the subject are now concluding that the drug impairs long term development of intelligence in young adults.

One of the most prominent studies documenting this was conducted earlier this year by the Canada Western University.

Researchers at the university found that teenagers who started using the drug at a young age, when brain functions are still developing, leads to slower brain development which negatively affects I.Q. The same study also found that its usage did not improve depression among marijuana users; a feature previously touted by advocates as a major advantage of the drug.

All drugs, irrespective of their severity, rely on the same principal brain function in order to be pleasure inducing for users; dopamine release.

Dopamine is a chemical found in the brain and can be accredited for all positive feelings a human undergoes. All drugs cause the brain to be flooded with this chemical which evokes feelings of elation and bliss. However, the chemical also works in the part of the brain that is responsible for memory, impulsive behavior and attention.

There was previously no evidence linking marijuana with decreased dopamine release and it was considered safer than other conventional abusive substances. But new studies are now linking cannabis to lower dopamine release and impaired memory; dangers which until recently, we only associated with heroin and cocaine.

Marijuana addiction is a serious matter that advocates for the drug are skewing in order to advance their agenda. If you are looking for drug and alcohol rehab centers in Orange County, visit us and we will liberate you from your marijuana problem.