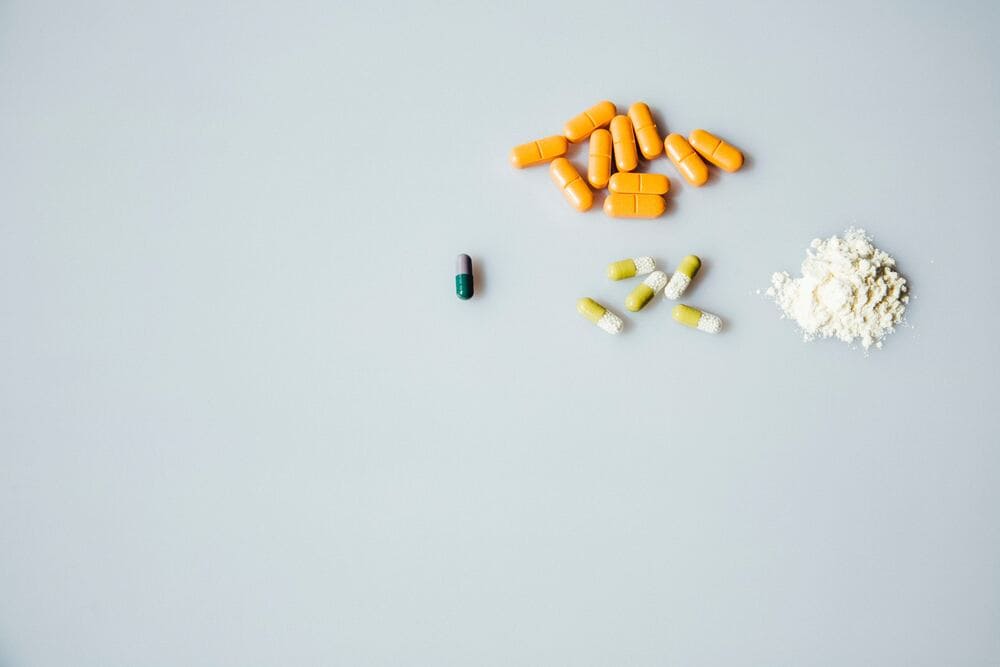 Recent figures released by the Centers for Disease Control indicate that 2018 saw the first decline in drug overdose deaths in 20 years. Despite that bright spot, the numbers remain staggeringly high. In 2018, overdoses killed 67,000 Americans, compared to 70,000 the year prior. Alarmingly, that makes 2018 the country’s second-deadliest year on record, with drug deaths killing more people than gun violence or car crashes. 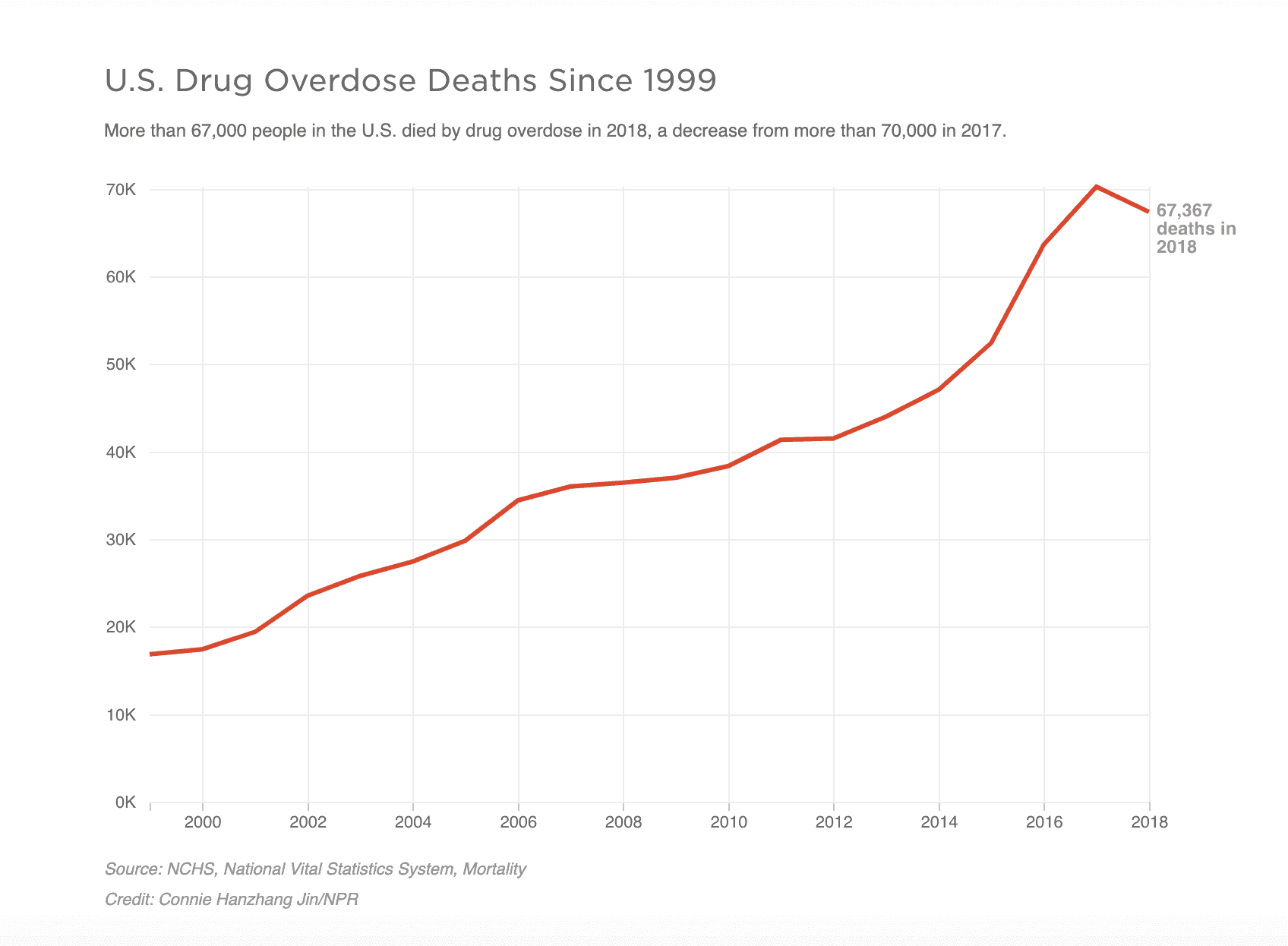 Notably, overdose rates did not decrease uniformly across the country. Fourteen states—including some who had been hard hit by the opioid crisis, like Ohio and West Virginia saw improvements, while many others, like California, Delaware, Missouri, New Jersey and South Carolina saw increases on trend with past years.

Drug deaths involving potent synthetic opioids like fentanyl continued to rise in 2018, as did those involving cocaine and methamphetamine.

“It’s worth noting that in many instances those stimulants are combined with opioids,” noted the CDC’s Bob Anderson, who oversaw the new reports. “So it’s fairly common to see fentanyl and methamphetamine, for example, or fentanyl and cocaine mixed together.” The use of a combination of drugs has increased over time, he says. “We seem to have sort of traded one set of drugs for another.”

The opioid epidemic is driving the record-setting numbers of overdoses, with the synthetic opioid fentanyl contributing heavily. The drug is cheap, easy to make, easy to transport, and increasingly being mixed with heroin and other drugs. Because of its unprecedented strength—some 50 times more powerful than heroin— it can overwhelm even experienced drug users, leading to overdose. In certain markets, the mixture of synthetic drugs added to heroin changes frequently, further increasing the risk to users. Experts have called this dark trend the “fourth wave of the opioid crisis,” following a first wave fueled by prescription pills, a second wave from heroin and third, starting in 2014 from synthetics like fentanyl. The drug combinations makes addiction a harder problem to tackle, says Dr. Daniel Ciccarone, a professor of medicine and an addiction researcher at the University of California, San Francisco. “The crisis deepens because of the poly-drug phenomenon.”

Addressing the crisis requires a serious look at prevention efforts.

Despite this bleak picture, the data indicate some scattered reasons to be hopeful. I think these numbers suggest that some positive news is starting to come out of the many efforts to try to stem the tide on overdoses,” says Kathryn McHugh, a psychologist at McLean Psychiatric Hospital and Harvard University told NPR.

Those efforts include improving access to treatment for opioid use disorder and access to overdose rescue, she notes. States that invested in addiction treatment and other interventions saw declines from alarming death rates, indicating that treatment works and all is not lost. For example, in Ohio, home to one of the worst-affected counties in the country, the health department recorded a reduction in OD deaths following a state-led campaign to reduce opioid prescribing, and increase access to additional treatment and anti-overdose medicines like Naloxone. Massachusetts, Vermont, and Rhode Island launched major public health campaigns and increased access to addiction treatment and saw corresponding drops in the overdose death rates. Early statistics from Massachusetts indicates these interventions have had meaningful impacts.

View From the Front Lines

The National Institute on Drug Abuse  (NIDA) reports the length of time someone spends in a treatment environment can directly influence their continued sobriety. Studies that tracked treatment outcomes over longer periods found that “most people who get into and remain in treatment stop using drugs, decrease their criminal activity, and improve their occupational, social, and psychological functioning.”

Like other chronic illnesses, addiction can be managed successfully. Treatment allows people to interrupt addiction’s powerful disruptive influence on the brain and behavior and to regain order in their lives. At Orange Country Recovery we are invested in rebuilding lives. In addition to helping people get clean and sober, we work to give our clients a foundation in recovery that will enable them to return to vital positions in their families, workplaces and communities. We are honored that our work here saves lives, and will continue to practice what we know works to fight for every person who walks through our door.

If you or someone you know needs help or support with addiction, get in touch today. We’d love to hear from you.