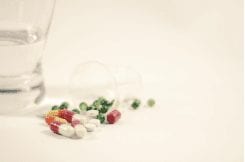 Contrary to what many would assume, drug addiction is not uniform among all segments of the US population.

There are distinct variations among the demographics. These differences are caused by numerous factors that influence the group’s access and preference for certain substances over others.

Understanding these trends is fascinating as it gives us insight into which substances people are most vulnerable to, depending on their place in society.

California is arguably the most diverse state is the US. There are numerous ethnicities, age groups and communities that reside in this great state. Here are some segments and how they abuse hazardous substances.

Teenagers are one of the biggest categories of drug abusers in the US. The vast majority of them use marijuana on a regular basis. Marijuana has concerning long term impacts on young users’ memory and cognitive abilities.

People aged 50 or older are most susceptible to becoming alcoholics.

However, there has been a recent years of baby boomers being admitted into rehabilitation programs for street drugs.

A study has found that heroin abuse has doubled whereas cocaine use has quadrupled among old Americans. Additionally, a rising number of correspondents are saying that they started using drugs within the span of the past 5 years.

Drug abuse varies significantly by ethnicities. A survey by the US Department of Health and Human Services found that Asian Americans were the least likely to use nefarious substances. The same study also found that Multiracial people were the highest abusers of drugs, with 13.5% of correspondents 12 years or older reporting usage in the past month. Drug abuse among other major US demographics was:

Different segments of society abuse different drugs at different rates. It is important that addicts everywhere have easy access to drug addiction treatment centers that rehabilitate people from all kinds of substances.

We have been serving the residents of Southern California with addiction treatment services for years and our comprehensive addiction recovery program can help anybody, irrespective of their age or ethnicity.

If you have a loved one who is addicted to drugs or alcohol, contact us today and we can work together to provide them with the help they need in the one of the best drug rehab facilities in Orange County, CA.