What is Sponsorship and Do You Need to Try It? 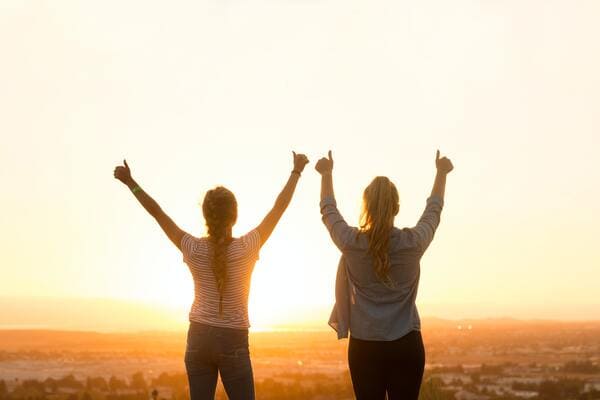 In most 12-step fellowships, we hear the word “sponsor” thrown around quite a bit. To the uninitiated, the role of this person is hazy at best. Of course, it brings to mind lucrative deals with athletic brands, or Little League teams brought to you by the local pizza joint.

So what exactly is a sponsor? What do they do, how do you get one, and why would you even want one?

While there are no hard and fast rules about this, and opinions vary, most generally agree that a “sponsor” is another member of the same 12 step fellowship who will guide you through the steps of the program and more or less model being a sober and somewhat sane human being. As you can imagine, sponsorship styles run the gamut and are as varied as the individuals themselves. Here is my experience:

When I first started coming around the rooms of AA, I heard a LOT of people talking about how critical sponsorship was. Eventually, I became convinced that having one might be a good thing, but was fairly daunted by the prospect of finding one. I had some very lofty expectations about this person that I was going to share my life with. After looking around for quite some time and not seeing anyone who felt particularly inspiring, I asked someone to be my “temporary” sponsor. I felt more comfortable with that shallow level of commitment.

And so my journey began. I, in no way, “wanted what she had,” as people advise when looking for a sponsor. Rather, she was the only person who offered to do it when I raised my hand and asked for help. She was not a shining example of the steps transforming lives or anything of the sort. In fact, rather the opposite. She looked like her story. She had a Breathalyzer installed in her car at that very moment. It didn’t take much imagination to envision her hitting bottom. But despite all of that, I got the most surprising sense of relief whenever we spoke. And at that point, I was around 30 days sober, and positively desperate for some relief. I hadn’t been drinking OR working the steps, and I was left alone with just myself and my racing thoughts. The anxiety was palpable and I wasn’t going to last long on my own.

This woman – essentially a stranger – told me to call her every day. Incredibly, to my own surprise, I complied. I would call and rant like a lunatic about pretty much anything that came to mind. Although she hadn’t been sober very long, she had a sponsor herself and was working the steps of the program. Regardless of what I said to her, she directed me to AA and the 12 steps. She told me to pray A LOT. I often thought that she didn’t hear me very well: I would call and complain about work, and she would direct me towards the steps. I would think to myself, “But, I’m not calling to talk about AA, I’m calling to talk about WORK.” But, ha! She knew that the solution was in the steps, and that I needed to fundamentally change in a way that “venting” wasn’t going to deliver.

We began to meet once a week in an assortment of embarrassing places. Having someone read aloud to you from the Big Book of Alcoholics Anonymous in a Burger King is a very ego-deflating event. But I was desperate and out of ideas so I went along. Lo and behold, I began to change. She gave me real, clear and precise directions on how to begin the process of recovery and how to live like a sober woman. Shockingly, my compulsion to drink disappeared, seemingly out of nowhere.

Today, many years later, I credit my first sponsor with saving my life. Had she not raised her hand that day and offered her help, I would probably not be still among the living. She taught me absolutely everything about living sober on this planet—from how to avoid a drink a day at a time, to how to have a relationship with a higher power, to what to wear to a job interview.

What she offered me was a lifeline. She was a clear voice of reason and a signpost to freedom. Somehow, I was able to hear her voice and stop fighting. It was the first time in my life I followed someone else’s ideas instead of my own. Even though her directions seldom seemed like good ideas (or even related to my problems) the results seemed almost magical. She introduced me to a real solution and a road to happiness, joy, and freedom that I still walk on to this day.

If you haven’t tried it out, sponsorship can be downright magical. We highly recommend it if you are out of ideas and recovery hasn’t been working for you. Let us know how it goes!